Staying Fierce After You Hit 50

Turning 50 can be a shock — after all, it means we’ve now been on the planet for half a century.
Not long ago the thought was that 50 marked the beginning of the end — that it was all downhill from here. But that’s not the case any more. You can still be sharp, lively, fit and productive. You just have to work harder at it.
It starts with eating right. Once you become 50, it’s more important than ever to get rid of empty calories from candy, soda and the like. Stick with food that adds to your mental and physical health, like fish, lean meats and vegetables. And drink water instead of juice, much of which has sugar added to it these days. We know, we know — water isn’t exciting. It’s tasteless and you won’t crave it like juice or soda. Be people who drink mostly water say it grows on you.
Another habit that is important to maintain after 50 is exercising. Keeping the weight off becomes more challenging when your metabolism slows, as our burn rate does after 50. Maintaining the proper body weight means you’ll feel better and think more clearer. So promise yourself that you’ll do it.
If you’re not exercising at 50, then getting started needs to be a priority for you. The heavier you are, the more prone you are to a host of health problems — from heart attacks to diabetes and beyond.
You may need to change your exercise regimen as you age. For example, switch to lighter dumbbells instead of barbells if you have muscle strains or it takes you too long to recover after weight lifting. Don’t stop — just adjust. The same goes with cardio exercising, like walking, running, swimming, playing tennis or calisthenics. And try yoga — it not only builds strength, but is also relaxing. The key is to not stop exercising. There’s too much to gain if you continue and too much to lose if you stop.
Getting enough sleep is also crucial to your health once you hit 50. You might have been able to get by on a minimum when you were younger, but not now. You’ll find tons of sleeping tips online these days. If they don’t work, see a doctor — because sleep is vital.
The right diet supplement can also help boost your energy if you’re over 50. A good choice is Schaeffer Neutraceuticals’ Viproactive® 50+, which is based on Nobel Prize-winning nutrient-delivery discoveries. Its patented formulation gets nutrients to the cell’s energy centers quicker and more efficiently than other products, making you feel stronger, zestier and more productive. 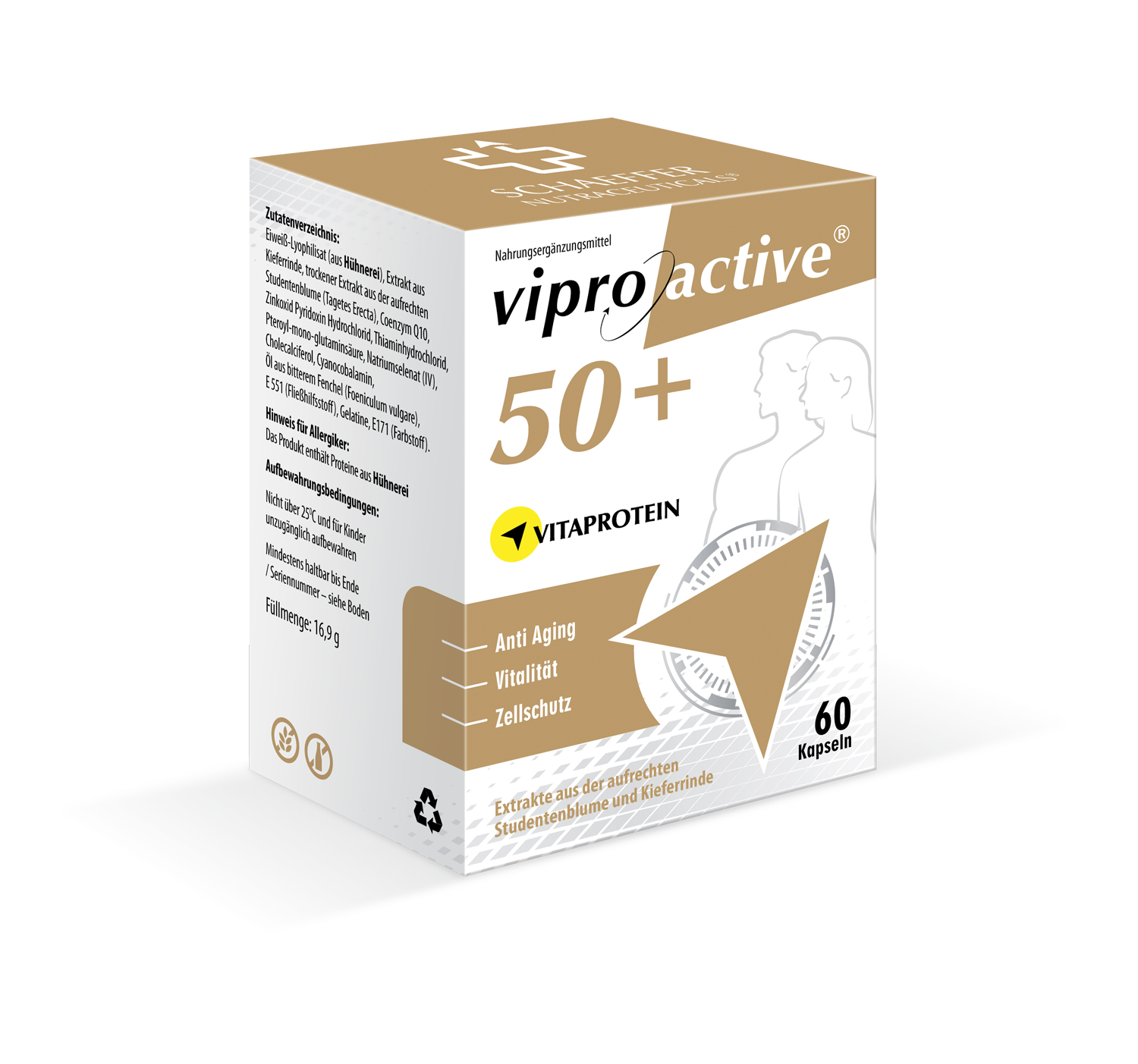